Historically known as Isenheim or Alt-Isenheim, the fortress residence was built in an interesting era: the retreat of late Gothic style and  the dawn of Renaissance.

Therefore, the peculiarities of both style, skilfully fused, are evident. In ancient times the mouth of  the River Purtse was one of the most densely populated areas in Eastern Estonia.

The need for active military protection increased after the christianization of the country by the Danish at the beginning of the 13th century. Even the first stone churches in Lüganuse and Jõhvi were insured against military attacks.

The vassal stronghold of Purtse was built quite lately, at the time of JAKOB VON TAUBE (TUVE), in 1533. Purtse stayed in hands of von Taubes until 1615.  Then the manor property went further to HEINRICH FLEMING, a member of Swedish high peerage. The festive hall of the castle was decorated with colourful tile stoves and baroc leather wallpaper. 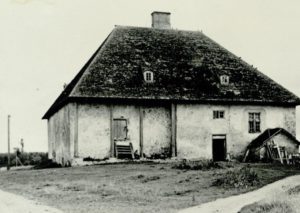 After the Great Northern War (1721) the lands of Purtse manor were merged to Püssi manor and the castle went further to the possession of the STACKELBERG family. During the Stackelberg era the castle was rebuilt for several times.

During its existence, the house has completed several functions: it has been a dwelling to a feodal family, offered protection during military campaigns, and later has been in use as an ice cellar, a dairy, a grain warehouse, but also as a prison and a workers´ home.

From 1950s the castle was in ruins. However, after the end there was a new beginning. The renovation project, prepared in cooperation of the art historian and the honorary doctor of Turku University VILLEM RAAM and architect INNA KOMONIY, was carried out by Virumaa restoration office under MADI NAPPA´s leadership. Purtse castle was renovated in 1987-1990 and in 1991 it was awarded the title of Estonia´s best building.